Women the Vatican Could Not Silence

There has been a lot of discussion lately about women in Church and Society. If you were unable to listen to the livestream on November 2, 2019 – You can do so now. https://www.youtube.com/watch?time_continue=738&v=fv1tV9tUbh4

Voices of Faith along with the School of Religion in Trinity College presented a public conversation to overcome the silence on issues that influence Catholics today and must be openly discussed, “for the future of an inclusive, egalitarian and harmonious Church.” Former President of Ireland, Mary McAleese and feminist nun Sister Joan Chittister (Both women have experienced attempts by the Catholic hierarchy to silence their voices) courageously, and respectfully shared their views on the many issues facing our Church today and possible solutions for change.

Are you familiar with Voices of Faith? Visit their website:  https://voicesoffaith.org/about/#about-2
What is the vision? A prophetic Catholic Church where women’s voices count, participate and lead on equal footing with men. Their mission: To empower and advocate for women’s leadership in the Catholic Church.

The values that guide their work are (taken directly from their website):
INCLUSIVE – We want to include and hear women’s diverse voices and bring them to the forefront.
RESPECTFUL – We are respectful of all people and seek constructive solutions.
INNOVATIVE/BOLD – We believe women are an innovative and bold solution the many problems the Catholic Church is facing in a 21st century world.
OPEN/HONEST – We seek open and honest dialogue on an issue where varied opinions exist.
UNAPOLOGETIC – We are unapologetic about our vision and mission.
FAITHFUL –We are women and men of faith. 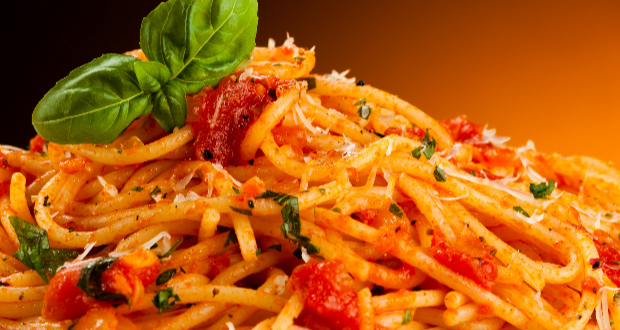 The VECNCC would like to invite you to one of our regional networking luncheons scheduled for October 24-25, 2019.

We feel that the Vermont Ecumenical Council’s focus this coming year should be helping establish regional Christian networks, starting a line of communication in these areas if one doesn’t exist, and supporting these regional networks from our state-wide partnerships.

On Thursday October 24, 2019 individuals, Pastors, Church and Christian Ministry Representatives and the like will gather to share a free meal and discussion at Trinity Episcopal Church, 5171 Shelburne Rd, Shelburne VT from 12-2pm.

On Friday October 25, 2019 individuals, Pastors, Church and Christian Ministry Representatives and the like will gather to share a free meal and discussion at the Springfield Vermont Family Center, 365 Summer St. #333, Springfield VT from 11am-1pm.

Each regional meeting will host only the first 20 persons that register for either location, so we ask you check your calendar and RSVP as soon as possible online at www.vecncc.org. 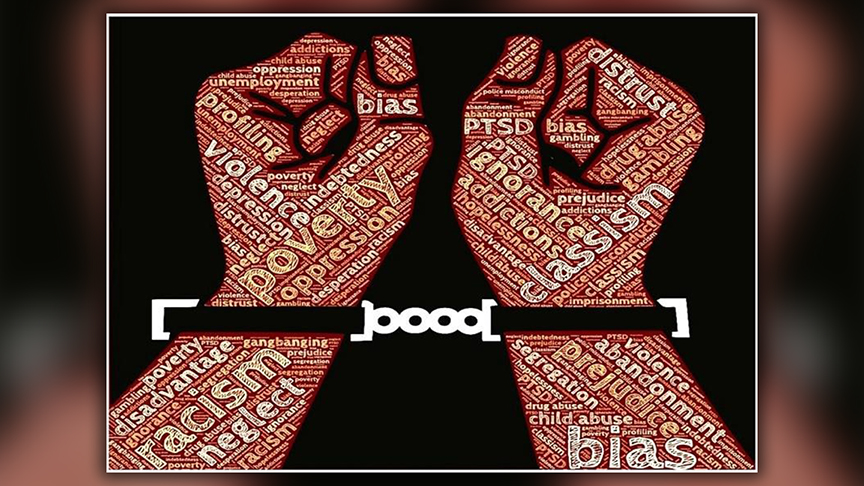 Racism in America & Why We Should Care: What Is Vermont Doing to Combat Racism? Sept. 19

How far have we come as Americans in fighting racism? In the “Racism in America & Why We Should Care” forum series, we wish to create a safe space where we can speak openly and honestly as people of good intent who seek the best for each other and our nation as we confront the racial divisions of our past and present with the hope of reconciliation.

Each forum is a potluck gathering where we invite you to share a dish along with your thoughts.

What Is Vermont Doing to Combat Racism?

An Invitation from the Episcopal Diocese of Western Massachusetts

Teens! People of Faith! Everyone!
Tired of Gun Violence? So are we! JOIN US!

We are asking gun manufacturer Smith and Wesson to be an industry leader in solving the scourge of gun violence in our cities and communities. 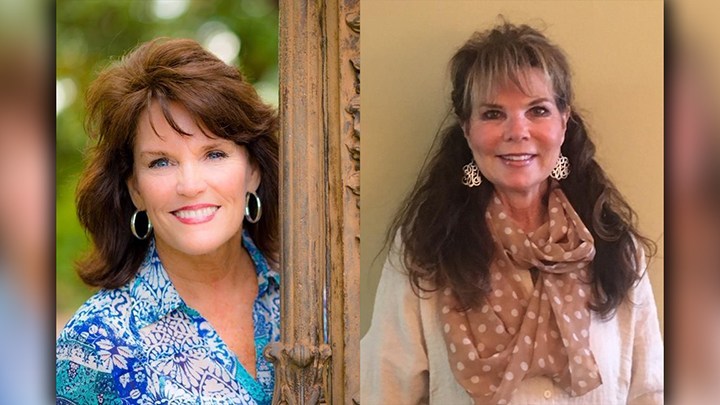 Please join us for a delightful weekend in God’s Word!

All Registrations require a $50 non-refundable deposit.

Click here for the event flyer and registration form.

Beth Greer and Pat Hobbs (pictured above) will come together to lead us in our women’s retreat, not only in the teaching of God’s Word, but in worship and songs of praise. They are Christian speakers and have participated in international missions for many years. Beth also has an incredible singing voice and leads in worship and praise wherever she goes. Both Pat and Beth love the Lord Jesus deeply and love teaching from God’s Word – delivering messages of love, hope, and victory! If you have any questions, please contact Darcy Jewett at 802-985-2067 or darcyjewett@aol.com. 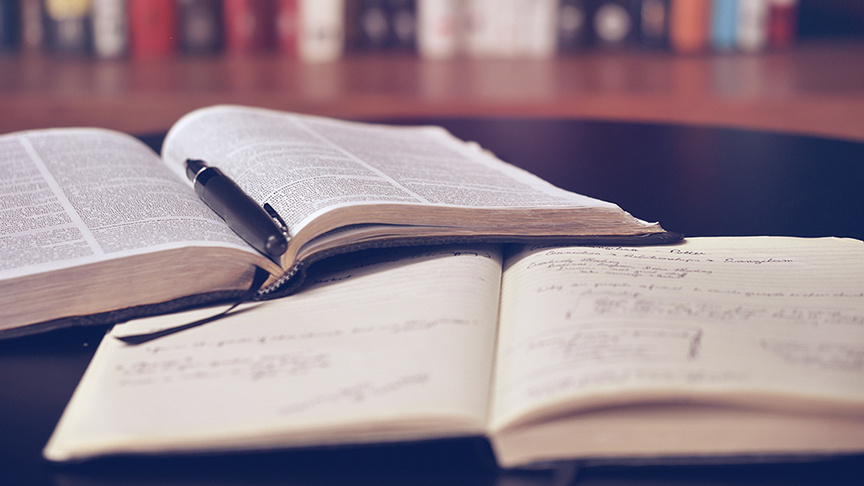 Church Divinty School of the Pacific (CDSP) is now accepting registrations for The Way of Jesus: Toward Christological Liturgy, September 16 – November 4, 2019. The course instructor will be the Rev. Dr. Robert K. Leopold, interim priest at St. Andrew’s Episcopal Church, Colchester.

This course will help students examine their own personal and corporate spiritual and liturgical practices and the ways in which they are connected to the life, ministry and teaching of Jesus. Southside Abbey a non-traditional church in the Episcopal tradition co-founded by the instructor, will be used as a case study.

The Rev. Dr. Leopold has served in many, varied contexts. At a resource-sized parish with an endowment he was integral in building one of the largest young adult groups in the Episcopal Church. In the gritty south side neighborhoods of Chattanooga, he and a team started Southside Abbey: a non-traditional church in the Episcopal tradition. He has served internationally in the Anglican Church of Canada, in Ottawa’s Chinatown. In addition, he has taught classes at Sewanee’s School of Theology on missional ministry and the changing Church. As a Fellow with Episcopal Church Foundation, he has travelled around the Episcopal Church and Anglican Church of Canada in search of missional expressions, serving as coach, cheerleader, storyteller, and convener. He currently lives in Vermont, where he serves as interim rector while he finishes a Master’s Degree in Storytelling. 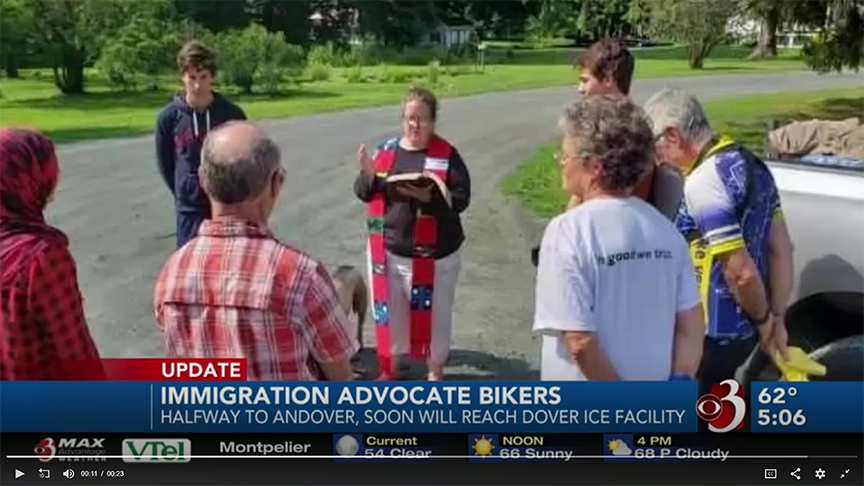 From August 24-24, local immigration advocates – including some Vermont Episcopalians – participated in a Solidarity Bike Tour from Montpelier to the Stafford County Jail, a detention center in Dover, NH for immigrants awaiting deportation. Along the way, bikers visited designated checkpoints, including St. Barnabas Episcopal Church in Norwich, where the Rev. Jennie Anderson provided prayers and blessings, as well as bicycle storage. St. Barnabas partnered with the nearby Norwich Congregational Church, which hosted a prayerful discussion about the challenges immigrants are facing.

The bike tour ended in a five mile walk to the Stafford County Jail, where additional participants joined on foot. The Rev. Earl Kooperkamp, rector of Good Shepherd Episcopal Church in Barre, and his wife Elizabeth, were among them. Click here to view cyclists’ photos from the journey aried by WCAX.

The Solidarity Bike Ride was organized by Vermont Interfaith Action. To learn about other VIA activities, and to get involved, please visit https://viavt.org/. 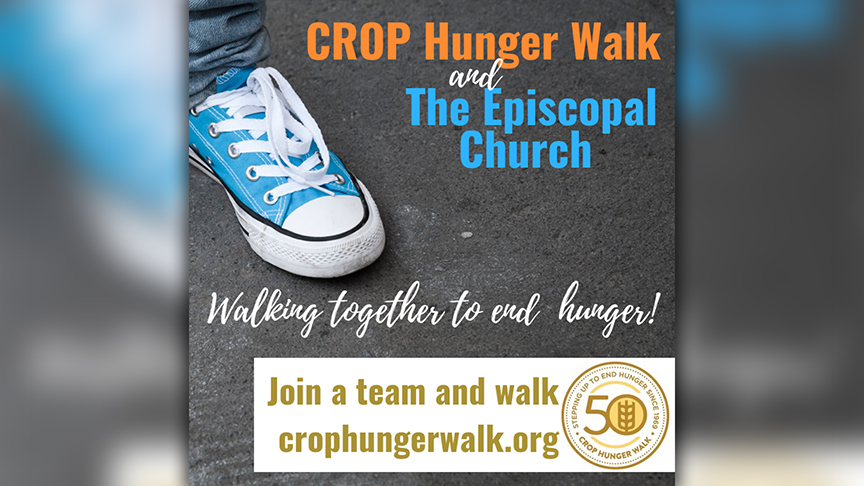 CROP Hunger Walks – stepping up to end hunger since 1969.

This year some 800 communities nationwide, and five here in Vermont, are joining together in interfaith CROP Hunger Walks around the theme “Stepping up to End Hunger Since 1969.”  The CROP Hunger Walk was started in 1969 by a group of energized young people in Bismarck, North Dakota who wanted to mobilize their community to fight global hunger. Today, the CROP Hunger Walk is a national movement raising funds for the global hunger-fighting work of Church World Service and local hunger-fighting agencies. Last year, over 800 events raised over $8 million dollars.

The CROP Hunger Walks taking place in Vermont this fall include:

For more information, or to find a local Walk, visit www.crophungerwalk.org.

Doors open at 5:30, Banquet starts at 6:00.
Mary Beerworth of VT Right to Life is our keynote speaker.
An appeal will be made.

The Man Who Saved the World

Think Nuclear War Can’t Happen?
Think Again.
Join us to see how close we have come, and what we can do about it.
The Man Who Saved the World
movie screenings

On the night of September 26, 1983, Russian missile officer Stanislav Petrov disobeyed military protocol and probably prevented a nuclear holocaust. He says that he is not a hero. “I was just in the right place at the right time. You decide!

For a few crucial minutes on September 26, 1983, Stanislav Petrov held the fate of the world in his hands. It was the height of the Cold War. The Soviets had recently shot down a Korean airliner. The United States was preparing to deploy Pershing II missiles in Europe. The Soviets suspected that the United States was planning a nuclear first strike. When an alarm suddenly went off at Soviet nuclear early warning center Serpukhov-15, Stanislav was responsible for reacting to information from Soviet satellites that five American nuclear missiles were heading toward the Soviet Union. Rather than initiate a nuclear retaliation, Stanislav went against protocol, and assured his colleagues that it was a false alarm.

“The Man Who Saved the World” recreates those tense moments in 1983 when Stanislav was faced with the decision of his life. And it chronicles his spectacular journey to the United States three decades later, where he was finally acknowledged for his historic deed and found the strength to reconcile with his past. He is honored at the United Nations. And he is thanked for  his actions by celebrities including Walter Cronkite, Kevin Costner, Robert De Niro, Matt Damon, and Ashton Kutcher. Shot on location in the former Soviet Union and the United States, The Man Who Saved the World shines a light on the continued risks of nuclear weapons today, and the challenge to reject nuclear weapons in order to prevent an unimaginable disaster.

A discussion will follow lead by John Reuwer, MD, of Physicians for Social Responsibility